With recent composite developments, the advent of epoxy hulled boats and the continued backing of an active class association, the Hornet is set to be one of the UK’s most popular alternative sailing dinghies for close, competitive tactical racing for crews who want that bit more adventure in their sailing.

The Hornet is as much at home club racing or competing at regional, national and European events. The Hornet is a forgiving boat and many crews have learnt to sail symmetrical spinnaker and learnt to trapeze on its stable platform. The Hornet is sailed by people of all ages and abilities as can be seen by the number of new crews competing at the open and national events. For competitive racing, there is a wide tolerance of all-up crew weight and a rig that can be adjusted to suit. 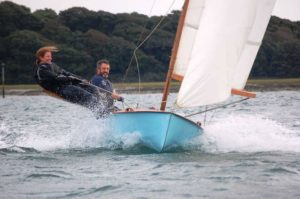 Penned by the sailing legend Jack Holt in 1952 for inexpensive home building using marine plywood bent over a simple frame, assembled along the lines of his popular 14-foot dinghy, although the Hornet was claimed to be his favourite design.

The Hornet is easily recognised by the distinctive Hornet logo on the mainsail. 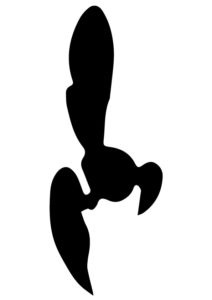 The boat was initially designed with a mainsail and small jib and a sliding seat, but these days the Hornet is more commonly seen with the full rig of mainsail, genoa and trapeze.

During the 1970s and early 1980s, the class was updated progressively by the adoption of the trapeze, larger sails, and the phased reduction of overall weight limits over several years.

Performance was revolutionised in 1973 by the introduction of No.1782 “Revolution” by Malcolm Goodwin, which was significantly faster than conventional Hornets. The hull shape was hydrodynamically optimised taking advantage of permitted tolerances, being built over a much stiffer frame to control its shape and stiffen its structure. Among other improvements, an effective gybing centreboard was developed. Two other boats, Super Zonka and Short Circuit, were built at the same time, with gybing boards. 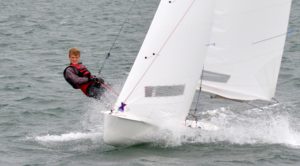 In 2000, a new deck mould was developed with underfloor buoyancy, and Speed Sails, then later Bob Hoare, built around 10 new boats in FRP. 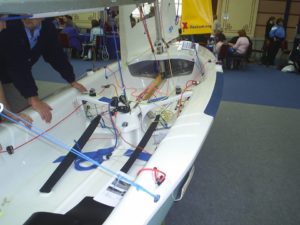 In 2008, a new skiff-style deck mould was developed by Devon Composites, and a further 5 boats were built with this new space frame layout. 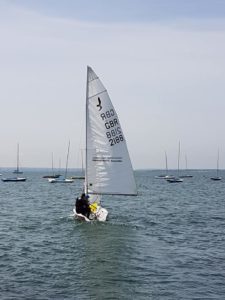 From 2016 Steve Parker of SP Boats has been the primary composite class builder. 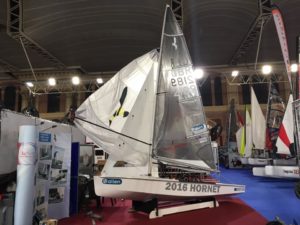