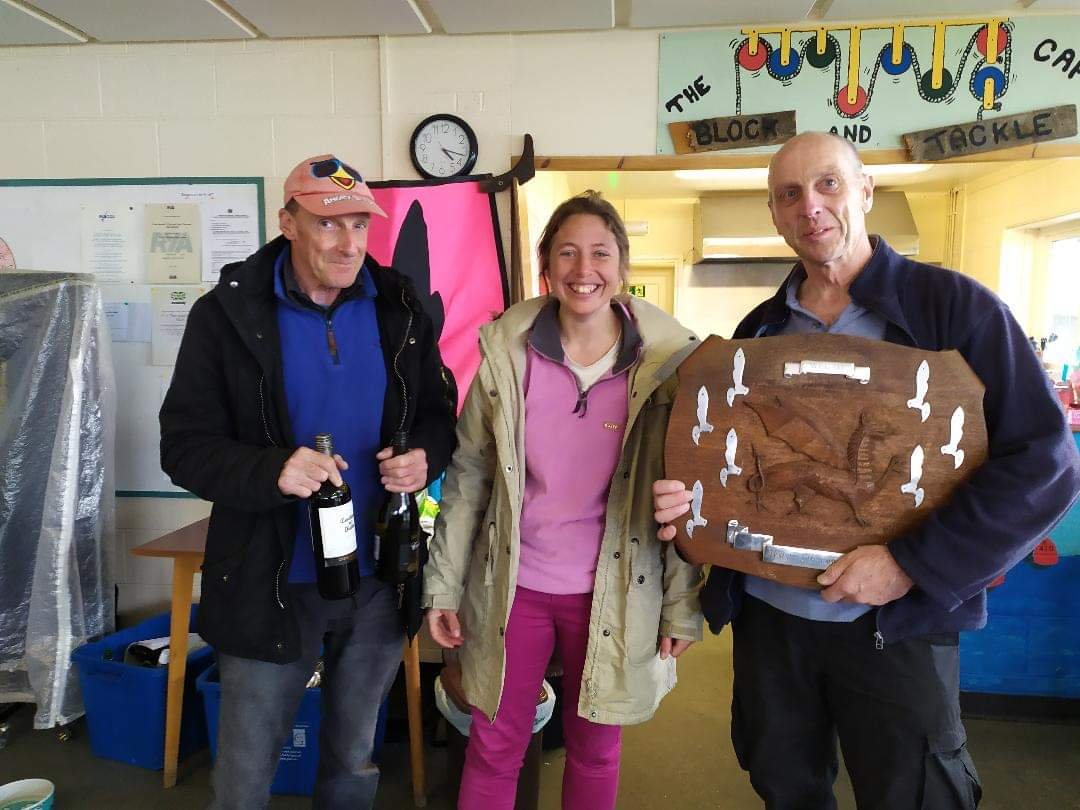 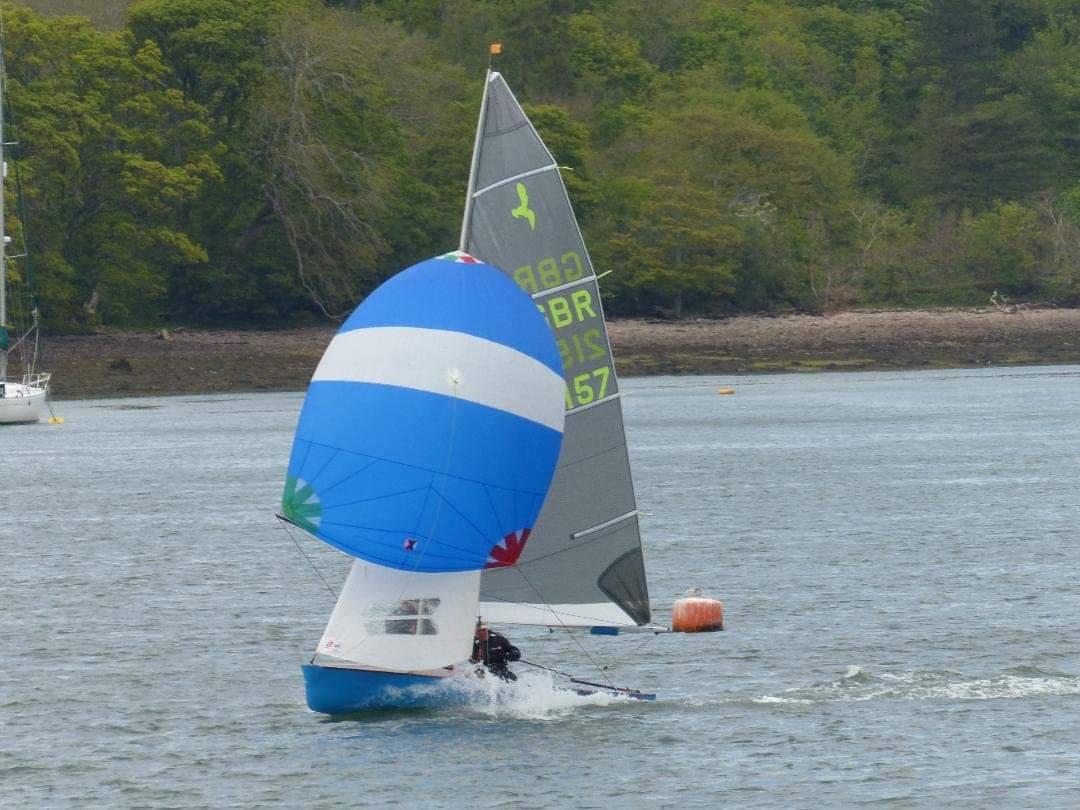 The open weekend at Port Dinorwic SC on 4th-5th May saw the third of three consecutive weekends racing in North Wales for the Hornet fleet, which was trialling a multi-venue Mini-Series as one of the innovations designed to encourage more entrants in traveller events.

With the Bala event at Easter being won by Jon “Strangler” Williams / Pippa Rogers, and the subsequent event at Llandudno SC being won by Jo Powell / Richard Roberts, it was all to play for at Port Dinorwic.

Travellers from Rutland, South Staffs, Netley and Prestwick joined the local Welsh fleet and meant that there was a three nation fleet to compete in an event that promised great winds on the Saturday but a lighter forecast for Sunday. Strong spring tides would also come to have a significant influence on the racing, with it not always being the locals who worked out the best angles!

The first race saw a course crossing the Menai Straits several times and using a combination of laid club marks and navigation marks, it proved all too difficult for some of the fleet. Strangler / Pippa rounded the windward mark first and started the slalom track downwind, unfortunately mistaking the first mark they came to as the gybe mark, but then missing out the correct one, with Dave Edge / Martin Arnison unwittingly following them. Close racing followed thereafter, dominated by efforts to get out of the tide by variously short tacking the sandbanks and then the harbour wall. Gradually the fleet compressed with Alastair “Storky” McLaughlin / Mark Taylor and Powell / Roberts having a close race amongst those who had actually sailed the correct course…..although Storky / Taylor later admitted their tactic was to go around every mark they passed, just to be sure! First race went to Storky / Taylor followed by Powell / Roberts. The real honours however went to Eric Marchbanks who was sailing with Dawn Barnsley-Dale whilst celebrating his 70th birthday and taking 3rd place.

The second race was on the same course but by now the tide was much lower and the windward mark tight into the harbour wall. Big wind shifts were around and proved the undoing of Storky / Taylor at the first rounding, whilst lying in second place. Their slow capsize to windward only avoided going turtle by the convenient fact their mast was on the beach! Strangler / Rogers and Powell / Roberts had a hammer and tongs race, with Edge / Arnison also right in the mix and coming back into contention as the beat back up the Straits got increasingly shifty with a falling breeze. Strangler / Rogers eventually won, with Edge / Arnison taking second from Powell / Roberts in third.

Overnight it was interesting with Storky / Taylor lying first for the PDSC Open but Powell / Roberts leading for the overall Welsh Mini-Series. A great buffet meal and some serious celebrating of a certain 70 year old class chairman’s birthday meant it was a very enjoyable evening for all.

Sunday dawned to flat calm and the suspicion that the fleet might struggle to get any racing in the morning. However a light breeze filled in and a course set requiring two crossings of an ever-increasing ebb tide.

The first beat across the tide saw Powell / Roberts sail an absolute blinder where they started further down the line, so had more to do against the tide, but gained the advantage of clean air compared to the other boats fighting at the windward end of the line. They soon had a big lead and proceeded to build on that on the next two legs. Behind them it was 3 boats overlapped and fighting against the tide, with inevitably those to windward and more out of the tide (Edge / Arnison) leading around the next mark before then short tacking the beach. Storky / Taylor came through on this leg and set off across the tide, chasing the ever distant Powell / Roberts. Powell over stood the next mark, hoisted the kite to get down to it and managed to lead around the mark, then carrying the kit back across the Strait. It proved their undoing as keeping the kite flying meant they couldn’t ferry glide the mark, allowing the kite-less Storky / Taylor boat to take first place on a shortened course. Strangler / Rogers were split from Powell / Roberts, by Edge / Arnison. leaving the Mini-Series almost in Powell / Roberts hands…..or at least perhaps with fingers on the prize!

The race officer sensibly called an early lunch as he prayed for wind (possible?) and less tide, which was astronomically unlikely! Eventually a light breeze came in and a windward leeward race track set along the mainland shore, removing the need to cross the tide in fickle winds.

The next Hornet event is in Brightlingsea in late May and will see more travellers together with the Essex based fleets.

The Golden Years of the Hornets at Topsham Sailing Club